Can anyone explain why the video files I record using the demo RGBCamera_record Unity scene are inaccessible from PC file browser over USB?

I can use scrcpy to see them in filemanager, I can find them via adb shell, however they are simply not visible in file manager over USB. Weirdly some of my apps do allow me to se ethe data files generated via other demo scenes. I have checked and there is no difference in the permissions.

I have checked I’m using external card for storage. I have tried using other data paths, however nothing for some of my applications show up at all.

Hey Even I am facing the same Issue.
From scrappy I can see the videos in the project folder but its not playing 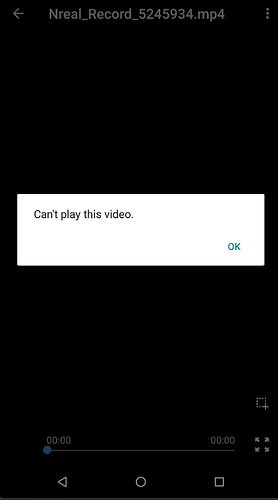 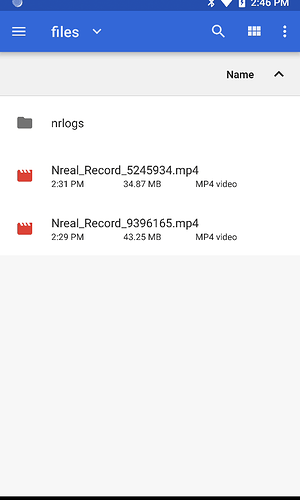 Can someone Help why this issue is occurring.
Is the recorded video Corrupted somehow?

@Mr.FarePlay @Nreal_JosephLiu @nreal-dev It would be great if you could help figure out this issue

Do you end the recording before closing the app? If you close the app before terminating the recording the video file will be corrupted and it will not play, even though it will show that it has a file size equal to the video length.

Also, where do you save the video file?

First of all thank you @Mr.FarePlay for the quick response !!

In the second instance I didn’t stop the recording. But on the first instance when I stopped recording the whole Nreal device got stuck in one particular frame.

Have you tried this before of using the camera for 2 separate functionalities ??

P.S: I tried recording other scene where the camera is used only for recording and it worked perfectly !!

Have you tried this before of using the camera for 2 separate functionalities ??

The only time I used camera for multiple actions is when recording and taking a picture of the screen. That always worked with me and have no problem with it: