What would generally stop a button receiving clicks?

I notice that the laser pointer shows a circle at its tip when it is active/things are clickable.

I just built a new screen/scene and it is a title screen so the main animated logo, and title above it, are set back (1.5) and then I have a start button on its own panel in the foreground (at 1.2). NRInput is loaded as I can see the pointer and move it around however there is no circle at its tip and my button cannot be clicked. So it is as if it thinks there is no widget that is clickable.

I’ve been comparing it to another scene of mine where everything works as expected but I cannot see any differences. 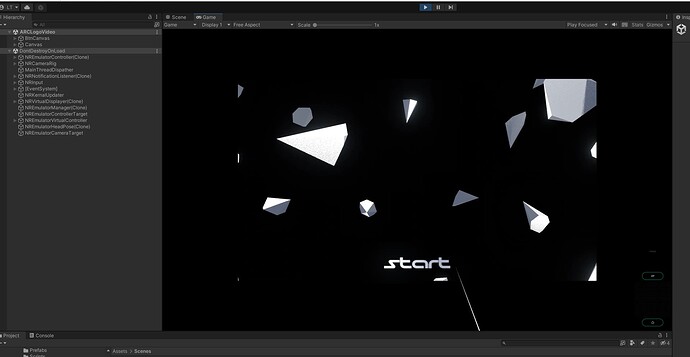