NReal is releasing a SBS 3D mode toggle for PC?

I saw on this forum that Nreal Dev team is working on releasing a PC software tool that can toggle SBS 3D mode on Windows PCs?

It was supposed to be released this month. Has it been implemented in the firmware or software updates etc?

Hi, we have two solutions for 3D SBS currently. The firmware will allow the users to switch to 3D mode, then you can watch 3D videos on your PC or Mac. And the software method is a kind of app in Nebula, you can use Nebula to view 3D videos on your phone.

Im excited for that! A manual SBS 3D toggle function will make your device the best HMD glasses on the market.

We can finally play SBS 3D games on PC and be able to use legacy 3D type of drivers too! It will be like an OLED 3D Projector. Very excited!!

Wait does this mean nebula for PC is already out or that you’re working on it, but have successfully done that ?
If it is out, how can I get it?

I’m really looking forward to this 3D update! I have an entire community of 3D/personal cinema headset enthusiasts who will flock to the Nreal Air when I tell them it now supports 3D video playback.

Nebula for android, not PC.

Can you please clarify how we can access those two solutions for 3D SBS on PC?

Hi, these two solutions have not been officially released yet. We are fixing some issues for the 3D player because we received some feedback from users’ tests.

Thank you for the response! Looking forward to the official release. If you need additional test participants I have the glasses and am willing.

Can we get access to the beta firmware that will allow the users to switch to 3D mode?

The 3D beta testing is on a channel in this Discord group: 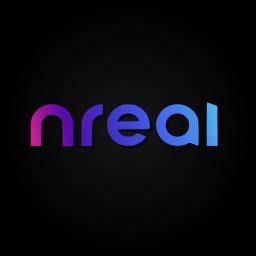 Check out the Nreal Community community on Discord - hang out with 2,227 other members and enjoy free voice and text chat.

You can ask to be added from there.

@nreal-dev, Do the solutions for PC also allow SBS to work with the official Nreal adapter? thanks

I’d like to join the 3D beta testing group. Can you send another invite to the Discord server?

-Disregard. Found another way in via Developer page.