After a Phone Update , i only have the Standard Apps on MR Mode . There is No + sign. I am using an OPPO FIND X3 PRO with COLOROS 12.1

Hi, developer. So the current issue is that the installed apps were gone after the system update? Could you please tell me what apps you have installed? Also, I’m not sure about the ‘+ sign’, please give me some more details about it.

The + Button, where I could add Apps to the Center Screen of the Space. Where every App is that i have downloaded and that was able to be used in Space Mode. I did reboot my Cellphone, but the Same issue exists. I can only Access Apps that were preinstalled in nebula 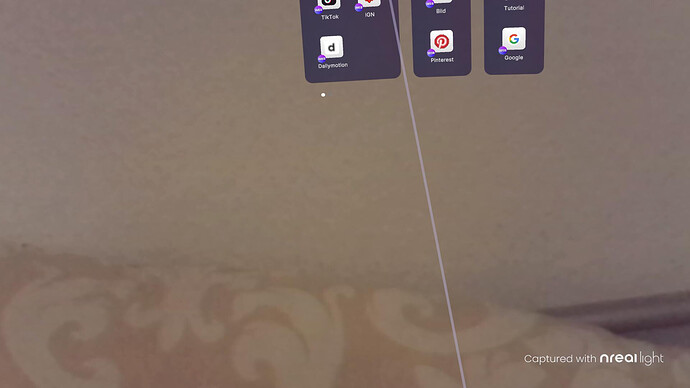 I have recorded a piece of video which shows my Nebula, I didn’t see ‘+’ button for apps, and I think we don’t have such button in previous universal version.

For the issue of apps disappeared, I’m not sure if you selected to remain all the apps before upgrading.

After another hours, I again tried everything, but i Just cant get any new App to download, so in MR Space i am stuck with only the preinstalled Apps. How can that be fixes? I had No Problems 2 days ago. Having an OPPO FIND X3 pro, i should be able to use.2D Apps im MR SPACE, but it deleted all the Apps, After the Last Upgrade of the OS

I got the issue now I think. You used the customized Nebula app which is consists of Nebula Laucher and Service. And this customized Nebula can only be used on Android 11 or below. After update, Nebula Service cannot be compatible and used. Please notice it.

Is it going to bei fixes?

No, Nebula service will not be maintained, it is not only determined by us, but the manufacturer of the phone also would not give us permission to do that.