Hi,
I have an application that uses the CameraProxy to capture images that are passed on to another module which does some image processing on them:

Now I want to add RTP-VideoStreaming to let others see on a PC what I am seeing through the glasses. For streaming I use basically the VideoCapture2RTPExample which internally uses NRVideoCapture.StartVideoModeAsync() to get an RGB image.

The problem I have now is that when I use both methods at the same time, the image that is captured from the NativeCameraProxy looks totally crappy. Just as if the raw image data was interpreted as a pixelformat that it is not (e.g. raw data is rgb, but it is interpreted as yuv): 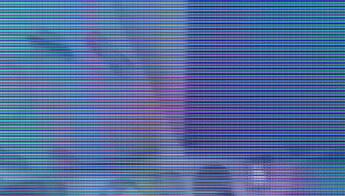 Therefor my computer vision algorithms fail on those images.
But the stream that I receive at the PC looks fine.

I have two questions

Thank you in advance!

I did some further testing and tried to create a minimal example.
These are the steps to recreate:

In my case streaming and the virtual display work at the same time.
But if I stop the streaming while the TextureCanvas is displaying the camera feed, the app crashes.

It’s not exactly the same issue that I have in my real app, but it shows that there is some interference when using multiple camera captures :-/

The following call to NrVideoCapture.CreateAsync() checks for GetActiveCameraImageFormat() but that function returns the default value, which is RGB.

I fixed my issue by setting the default value to YUV_420.
This is not really a fix, but at least a workaround that works for me…

@nreal-dev: I think after using SetImageFormat(), the function GetActiveCameraImageFormat() should return what I set before, not the default value…